Flunk Art - I Made it Up

I was talking about art styles with a coleague in the painting studio and while discussing this subject, we were also talking about art schools, MFAs and academic thesis.
That was when an expression came to mind: "Flunk Art".
I had the name, now I needed the meaning.
We came up with the resolution that this wouldn't be a particular style, but an expression dedicated to all art that is "flunked" by galleries.
Are you an artist who contacted a gallery and saw your art rejected ?
Tell us about your "flunk" experience and how did you feel about it.
Posted by José Carrilho (Go Detail) at 1:50 AM No comments:

Painting With Over 100 World Known Personalities

This painting features over 100 world known personalities.
Can you name them all ?
Maybe that's a bit too difficult, but don't worry.
Look carefully and see how many do you recognize.
Visit this art blog soon for more news about this painting.
If you don't want to miss it, subscribe to The Art Inquirer's newsletter.
Posted by José Carrilho (Go Detail) at 2:40 AM No comments:

On July 21th 2009, the world celebrates an important event : 40 years have passed since the first man walked on the Moon. His name was Neil Armstrong.
At 02:39 UTC on Monday July 21 (10:39pm EDT, Sunday July 20), 1969, Armstrong opened the hatch, and at 02:51 UTC began his descent to the Moon's surface.
In the same mission were Edwin Aldrin and Michael Collins.
To celebrate this important event, The Art Inquirer presents its readers with a movies' classic : Le Voyage dans la Lune (1902), by Georges Méliès.
Posted by José Carrilho (Go Detail) at 8:11 PM 1 comment: 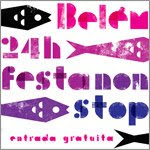 Having completed two years of existance on June 25th, the Berardo Museum which hosts part of the private collection of Joe Berardo, is going to celebrate the event with a 24 hour non stop party that will take place at the outside and the inside of the museum.
The celebration will start on Wednesday July 15th at 7pm and will last until 7pm Thursday.
With free admitance, the event will feature Dj Chloe (Paris) and Dj Ride (Lisbon), who will animate the CCB's square from 10pm trough 2am.
Posted by José Carrilho (Go Detail) at 12:29 AM 1 comment:

Did You Win an Original Watercolour ?

Today, one of the subscribers of this blog's newsletter has been notified.
A free postcard size original watercolour is going to be sent as soon as the prize is accepted by the lucky winner.
Have you checked your e-mail ?
Posted by José Carrilho (Go Detail) at 12:31 AM No comments: 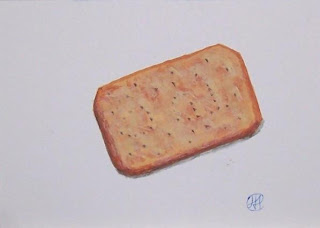 Readers of this art dedicated blog can achieved preferred benefits by subscribing to the newsletter, using the Feedblitz service found at the rith column.
Subscribers are entitled to participate in the monthly draw of a free original painting and into other art related events, such as prizes in the form of art supplies.
For this month of July, the winner will receive an original postcard size watercolour painting.
The Art Inquirer respects your privacy and its newsletter service is easy to use and is spam free.
Posted by José Carrilho (Go Detail) at 5:52 PM 3 comments: 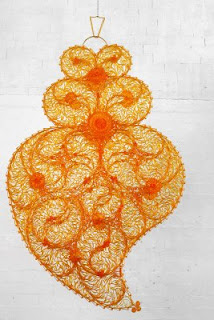 Born in Paris, November 8th 1971, Joana Vasconcelos has become one of the most important contemporary artists of the last decade.
Joana's sculptures and installations, made from everyday life objects, are part of museum and private collections worldwide.
Her sculpture "Coração Independente Dourado" ( Independent Golden Heart) was sold this Tuesday at Christie's for €192,000 , higher than the expected range between €94,000 and €140,000.
The sculpture in the shape of a Viana's heart, was a custom work for the Eleven restaurant in Lisbon and is made from 5000 plastic spoons settled in way to remind the filigree technique.
Possibly seen as an instalation, this artwork hangs from the ceiling and rotates at the sound of a CD containing three musics of Amália Rodrigues.
A lady wearing a grey hat and sitting on the second row of the Christie's auction, acquired the "Coração Independent Dourado", after competing with another interested buyer.
The lady offered £135,000 , which with comissions and sale prizes amounted to £163,250 (€192,000).
After having already received the agreement of the new owner, the sculpture will be shown in some already programmed exhibitions, including two at the Museu Berardo (Berardo Museum) in Lisbon.
Posted by José Carrilho (Go Detail) at 3:23 AM No comments: