“Really, Really Like Me” - A children's book about accepting disabilities

Written by Gretchen Leary and illustrated by Dani Bowman, “Really, Really Like Me” is an interactive children's book that helps children to understand the differences and promote a healthy interaction between children with and without disabilities.

Maybe with this book, children can start teaching adults on how to deal with differences and not to be afraid of them.
Afterall, if it weren't the differences between men and women, you wouldn't be reading this.

Both Gretchen Leary and Dani (Danielle) Bowman are on the autism spectrum.
Posted by José Carrilho (Go Detail) at 6:18 PM No comments: 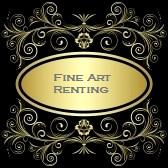 Posted by José Carrilho (Go Detail) at 12:30 AM No comments:

Michael Kountouris is the winner of the Worldpress Cartoon 2013 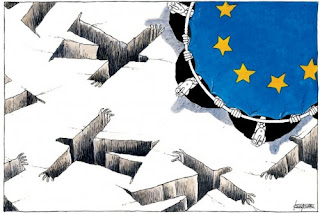 Born in Rhodes in 1960, the winner of the World Press Cartoon 2013 has been working as an editorial cartoonist in Greek newspapers since 1985 and has been cooperating with magazines.
Kountouris is also a children's books illustrator and regular member of the Athens Journalists Union since 1993 as well as founding member and secretary of the Greek Cartoonists Association.
During his career, he has been awarded several prizes and honourable mentions.

First, second and third prizes, were attributed in each category, as well as several honourable mentions.

In the Gag Cartton category, the winners were: 1st Prize: «Low Economy», by Saeed Sadeghi, Iran, published in the «Jam-E-Jam» newspaper, from Tehran; 2nd Prize: «Who is...», by Robert Rousso, France, published in «Barricade», from Paris; 3rd Prize: «Free Warrior», by Raul Zuleta, Colombia, published in «El Mundo de Karry», from Lima, Peru.

The works can be seen at the Centro Cultural Olga Cadaval, from April 13 through June 30, 2013.
A catalogue is also available for purchase.
Posted by José Carrilho (Go Detail) at 5:51 PM No comments: